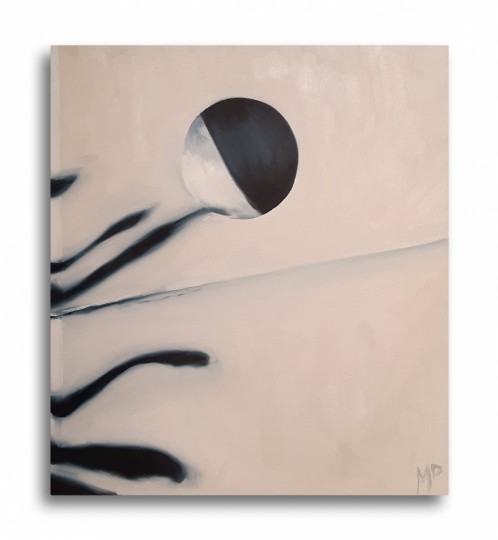 One of the most prominent symbols of colonialism in Oceanside, San Luis Rey, the "King of the Missions". Named after the king turned saint. I think about the entitled sense of manifest destiny expressed by the current surge of economic imperialism in Oceanside. How history repeats itself in polite forms. I wonder where the bodies are buried or if those in power care enough to dig them up. A site of immense suffering transformed into another stop on the tourist's itinerary. Oil on hand-stretched canvas.